What is Insomnia and Poor Sleep costing you?

The cost of poor sleep is much greater than many people think: it may have profound consequences for our long-term health.  Research has revealed that people who consistently fail to get enough sleep are at an increased risk of chronic disease, and scientists are now beginning to understand why.  Treating sleep as a priority, rather than a luxury, may be an important step in preventing a number of chronic medical conditions.

The Relationship Between Sleep and Health 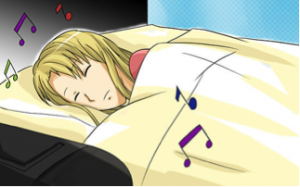 Not getting enough sleep can have profound consequences on a daily and potentially long-term basis for your health and mental well-being.We all have some sense of the relationship between sleep and our ability to function throughout the day. After all, everyone has experienced the fatigue, bad mood, or lack of focus that so often follow a night of poor sleep. What many people do not realize is that a lack of sleep—especially on a regular basis—is associated with long-term health consequences, including chronic medical conditions like diabetes, high blood pressure, and heart disease, and that these conditions may lead to a shortened life expectancy. Additional research studies show that habitually sleeping more than nine hours is also associated with poor health.

Insufficient sleep has been linked to a high probability for weight gain.  For example, studies have shown that people who habitually sleep less than six hours per night are much more likely to have a higher than average body mass index (BMI) and that people who sleep eight hours have the lowest BMI. Sleep is now being seen as a potential risk factor for obesity along with the two most commonly identified risk factors: lack of exercise and overeating.

Researchers have found that insufficient sleep may lead to type 2 diabetes by influencing the way the body processes glucose, the high-energy carbohydrate that cells use for fuel. One short-term sleep restriction study found that a group of healthy individuals who had their sleep cut back from 8 to 4 hours per night processed glucose more slowly than they did when they were permitted to sleep 12 hours. Numerous studies also have revealed that adults who usually slept less than five hours per night have a greatly increased risk of having or developing diabetes.

Even minor periods of inadequate sleep can cause an elevation in blood pressure.  Studies have found that a single night of inadequate sleep in people who have existing hypertension can cause elevated blood pressure throughout the following day. This effect may begin to explain the correlation between poor sleep and cardiovascular disease and stroke.

Given that a single sleepless night can cause people to be irritable and moody the following day, it is conceivable that chronic insufficient sleep may lead to long-term mood disorders. Chronic sleep issues have been correlated with depression, anxiety, and mental distress. In one study, individuals who slept four and a half hours per night reported feeling more stressed, sad, angry, and mentally exhausted. All of these self-reported symptoms improved dramatically when subjects returned to a normal sleep schedule.

Despite its mild sedative qualities, alcohol often contributes to poor sleep.  The reason for this is twofold. First, alcohol acts as a mild sedative and is commonly used as a sleep aid among people who have sleep problems such as insomnia.  Second, the sedative quality of alcohol is only temporary. As alcohol is processed by the body over a few hours it begins to stimulate the parts of the brain that cause arousal, in many cases causing awakenings and sleep problems later in the night.

Considering the many potential adverse health effects of insufficient sleep, it is not surprising that poor sleep is associated with lower life expectancy. Data from research studies reveal that sleeping five hours or less per night increased mortality risk from all causes by roughly 15 percent.

How we can help

If you are struggling with insomnia, our team of highly skilled Psychologists can assist.  We use a combination of basic sleep hygiene with advanced behavioural sleep management interventions to assist you in reclaiming your nighttime hours for restful sleep instead of worry and frustration.  Contact us now to make a confidential appointment and take that first step towards living the live you deserve!

"Taking Control of Your Anxiety: 5 Step Programme". CLICK HERE to Get Started!